Microsoft has announced that they will no longer be providing security updates for Server 2008 and Windows 7 systems as of January 2020. This means that organizations have 6 months to implement a plan to address the increasing security vulnerability that these systems represent to your networks and data.

In this webinar, Community IT Innovators’ CTO Matt Eshleman covers three things you need to know to update your security and plan for this development. 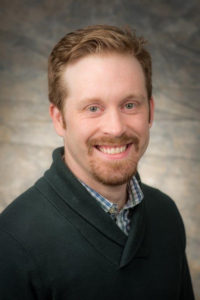 As the Chief Technology Officer at Community IT, Matthew Eshleman is responsible for shaping Community IT’s strategy around the technology platforms used by organizations to be secure and productive. With a deep background in network infrastructure he fundamentally understands how technology works and interoperates both in the office and in the cloud.
Matt joined Community IT as an intern in the summer of 2000 and after finishing his dual degrees in Computer Science and Computer Information Systems at Eastern Mennonite University he rejoined Community IT as a network administrator in January of 2001. Matt has steadily progressed up at Community IT and while working full time received his MBA from the Carey School of Business at Johns Hopkins University.

Matt is a frequent speaker at NTEN events and has presented at the Inside NGO conference, Non-Profit Risk Management Summit and Credit Builders Alliance Symposium. He is also the session designer and trainer for TechSoup’s Digital Security course.

Matt lives in Baltimore MD with his wife, daughter and son. He is a member of the Baltimore Choral Arts Society and on the support committee of the Reservoir Hill House of Peace.

Slides Transcript – Server 2008 and Windows 7 End of Life: 3 Things You Need to Know

Does Your Organization Need a Better Technology Roadmap?

Join Peter Mirus February 25th from 1-2pm for a webinar exploring IT planning for nonprofits and learn how to create a technology roadmap.

Register Now
Do NOT follow this link or you will be banned from the site!